Okay, so I thought I would have firmly settled on a new blog name by now, but, no, it would  not be like me to commit to something so readily (and, I got some new suggestions that I liked). This is precisely why I do not have a tattoo. 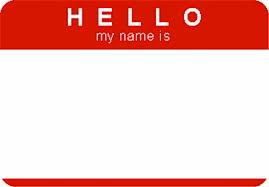 After thinking about blog names SOOOOooooOOoo much,  EVERYthing is starting to sound like a potential blog name, or band name (not that I have a band, but, you know, if I did) …Alluding to profanity…Oh!  There’s a name!  Kerfuffle…HEY it rhymes with ruffle and duffle…unruffle my kerfuffle..what self-respecting 3 year old wouldn’t want to read that!  What about: “ME: the unexpected sequel”…

Okay, enough of this tomfoolery.

10 thoughts on “Name This Blog, Part 2: The Unexpected Sequel”

The life of PASSION